I never thought that chore charts could bring me so much joy. But, over the past month, I can say that they have truly saved the day.

At the beginning of May, we went from a household with two weeknights of activities to one with four consecutive weeknights of soccer practices and swim classes. This doesn’t include the Saturday soccer matches. I was mentally prepared for the shift, but that’s where it ended. I did nothing to physically prepare my household for our new commitments.

Every morning, kids were scrambling for what to wear and what to do before school. Every evening, I was fielding questions about shin guards and fussing over messy rooms. When the weekend came, I felt like I just sucked as a parent. These were not my finest moments, but thank God for grace in growing seasons.

Looking back at that week, a few things became immediately clear:

So, I decided that it was time to roll out chore charts. Cameron and Caleb are seven and five, respectively, and are old enough to have set tasks. I customized this Canva template for our weekly chore charts. I used color-coding to denote AM tasks from PM tasks, as well. When deciding on the list of activities, I focused on the most meaningful things that I did not want them to forget. Also, everything needed to be age-appropriate.

We’re on our fourth week of the chore charts and we ALL love them. I love being able to refer them to their charts and ask if they’ve completed their tasks. They love having ownership of something and checking off the boxes. I still have to gently remind them of things every now and then. But, they have come light years in terms of doing things without asking.

I’m now a true believer in chore charts and have been considering making some for me. Immediately, a weekly cleaning schedule and evening routine checklist come to mind.

Do you think that chore charts would be valuable in your household?

Fight Negative Thoughts with One Scripture 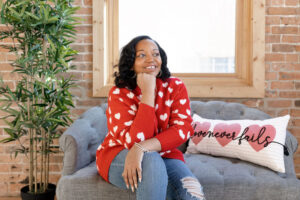 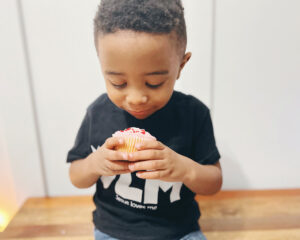